If you are ready to begin a new home search, you need to determine what your budget is. Learn how to begin searching for your dream home. Click here. 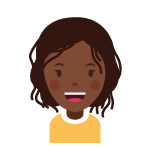 Soon, my husband and I will be searching for our dream home. After living in a fixer-upper for the past ten years, I am more than ready for a change of address. I’ve created a must-have list of items for my new house. For example, I don’t even want to consider purchasing a home without four bedrooms, three bathrooms, two living spaces, a chef’s kitchen, and a garage. I also desire to buy a home with at least five acres of property attached to it. If you are ready to begin a new home search, you need to determine what your budget is before falling in love with a home you can’t afford. On this blog, you will determine how a real estate agent can match you with the right home for your budget.

If you're looking to buy a house in New York City and you also want to have easy access to golfing every weekend, then you are in luck. While New York City is a a big metropolis, there are also plenty of nice green spaces where you can go golfing. One of the nice things about the different areas where there are golf courses is that there are also nice neighborhoods with nice, single-family homes. So, you don't have to stick to buying an co-op; you can actually find a house with a big backyard.

Kingsbridge is located in the northwestern section of The Bronx. There are lots of single family homes for sale in the area west of Broadway. The area is also right near the elevated subway (the #1 line) that heads right down into Manhattan, so it's perfect for commuters. And for golfers, it's the area's proximity to Van Cortland Park that makes it so great for golfers. Van Cortland is home to one of the cites nicest golf courses, and best of all, it's a public course. You don't have to join a country club to be able to book a tee time. The course is so popular that people come from all over the city to play. There are great greens with spectacular views of the park and the cities.

The Bronx has a second place to look at. Besides Kingsbridge, you should look at the eastern section of The Bronx, particularly Pelham Bay. This area is also filled with lots of single family homes, so you can find a nice house with a backyard. It's also right next to Pelham Bay Park, which is the biggest park in the city. There is also a super cool public golf course in the park, which you can head to every weekend.

Pelham doesn't have a bad commute into Manhattan, it's on par with Kingsbridge, and much better than Staten Island. You can take the Metro North, the Subway, or drive in.